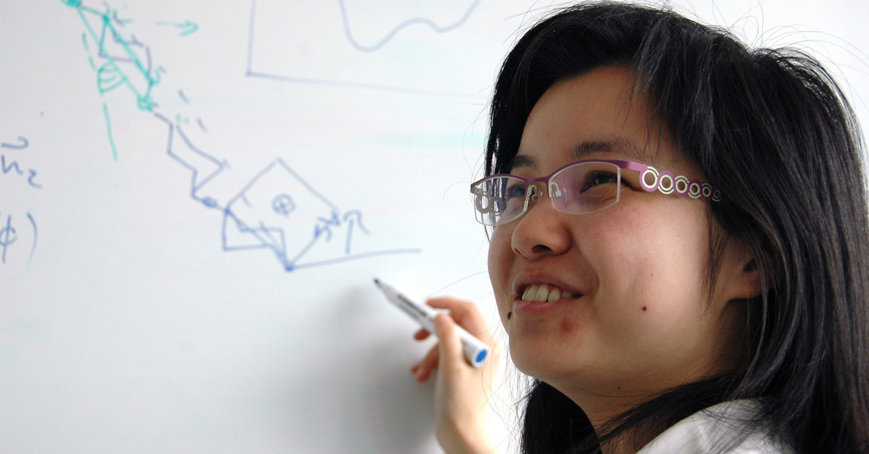 Lise Meitner Excellence Program
Special Program for the Advancement of Outstanding Female Scientists at the Max Planck Society.
From 2018, up to ten Lise Meitner Groups per year will be advertised to recruit and promote exceptionally qualified female scientists as part of this new excellence program.

It is guaranteed that every scientist, who attends the Lise Meitner Excellence Program, can go a transparent and predictable career path through a tenure track offer to a permanent W2 position. In addition, for planning security, after the end of the group phase, there is a permanent TVöD position (E15) as fall back. Both the permanent W2 Group and the permanent TVöD post will be funded centrally at the end of the group phase. In addition, the institutes and sections can independently support the career paths of the excellent female scientists in the direction of W3 vocation. Because of the strict selection at least at the level of the open-topic Max Planck research groups, the internal pool of director-able women is also increased. The implementation details will be drawn up promptly by a "Lise Meitner Structural Commission" (Section Chairpersons, Vice-Presidents' personal assistants and a colleague from the General Administration under the direction of Vice-President Friederici).