Proteins in vivo are often under significant mechanical stress, which affects their conformation and conformational fluctuations. These changes will affect the proteins’ ability to carry out their function, e.g., the enzymatic turnover rate or the stability of a multi-protein complex.  At present, however, the molecular mechanisms by which force is transmitted within or between proteins are not understood.  Such knowledge is critical to understand how the response of proteins  to mechanical force depends on the intensity, the direction or the application point of the force.  In this project, we will address this general problem by using atomistic molecular dynamics simulations to investigate the effect of mechanical forces on two categories of proteins: enzymes such as lysozymes, and complexes of three proteins such as trimeric coiled coils, see Figure 1. The project will involve learning advanced simulation techniques to enhance sampling of configuration space. 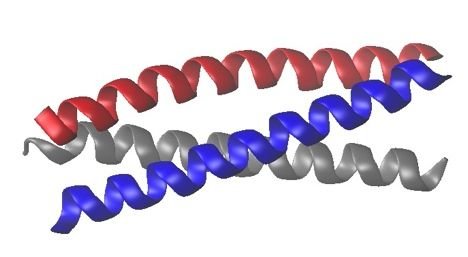 The simulation studies will be pursued in close collaboration with the experimental group of Kerstin Blank at our Max Planck Institute, where atomic force microscopy and single molecule fluorescence experiments will be carried out on the same proteins with the same focus on force-dependent pathways.

Contact: Interested candidates should send a CV and copies of their undergraduate transcripts to Dr. Ana Vila Verde (ana.vilaverde@mpikg.mpg.de)