Synthetic cell instructive materials allow independent control of biophysical properties and have contributed to the understanding, how cells sense extracellular matrix (ECM) physical cues in tissue regeneration. Materials science approaches have also been used to investigate different steps in cancer progression, such as tumor growth, homing or metastasis. Breast cancer is one of the leading causes of cancer-associated deaths among women worldwide. Breast cancer often metastasizes to bone, which can occur even after 10 years following tumor resection. This implies that cancer cells can undergo a dormancy phase. Three mechanisms have been identified: (i) dormancy of solitary cells, (ii) angiogenic tumor dormancy (cell division balanced by apoptosis) and (iii) immunosurveillance. In dormancy of solitary cells the interaction with the microenvironment is pivotal. However, the role of ECM biophysical cues in dormancy and reactivation is poorly understood, in part due to a lack of good in-vitro and in-vivo models.

The goal of our Emmy Noether research group, supported by the German Research Foundation (DFG), is to contribute to the understanding of how biophysical mechanisms regulate cell-matrix interaction in cancer dormancy and bone metastasis, by (i) synthesizing biomimetic cell microenvironments and (ii) developing characterization and imaging methods to study the early metastatic and dormant niche in-vivo. The knowledge gained from the synthetic systems will guide the characterization of the native tissue, while the in-vivo observations will feedback to the design of the synthetic microenvironments. An improved understanding could lead to novel therapeutic approaches, such as to provide cues to ensure a dormant state, or to annihilate the niche and, with it, the cancer cell reservoir. 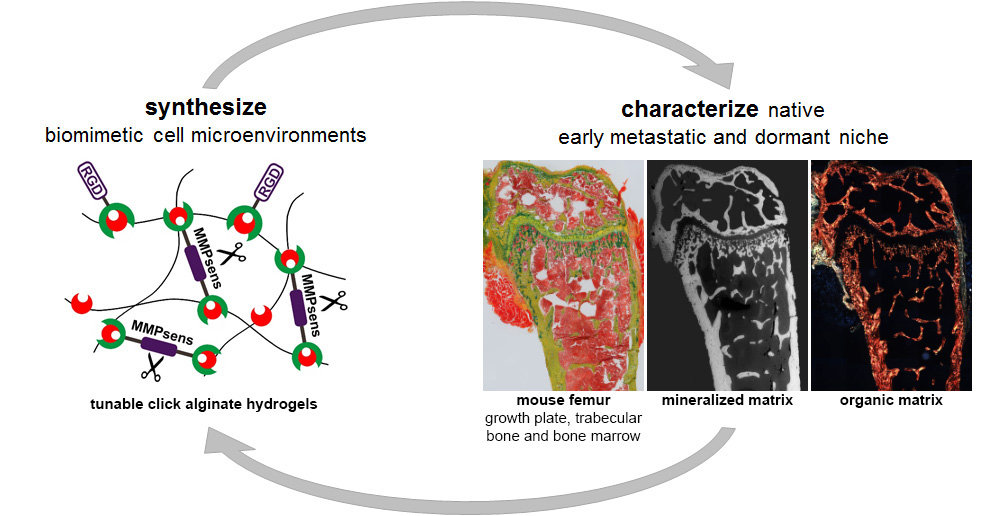 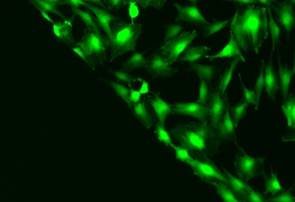 In this project we aim to direct cell behavior, in terms of attachment, morphology, differentiation and matrix deposition through smart biomaterial design. We impart hydrolytic or enzymatic degradation susceptibility and take advantage of spatial patterning of biomaterial stiffness and presentation of RGD and BMP-2 peptide mimics to achieve desired cell responses.