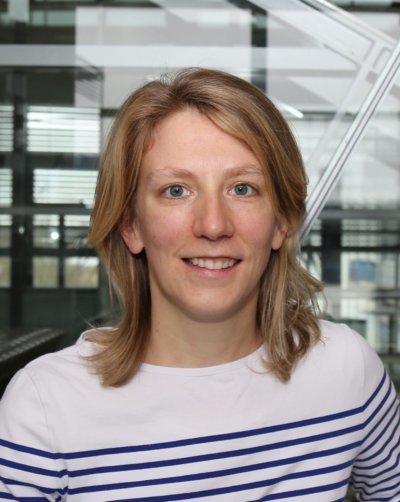 Biological tissues are complex 3D structures that form as cellular organisms get embedded in a matrix of self-produced fibrous biopolymers. The general interest of our group is to clarify the principles that guide tissue architecture and address the following questions:

In other words, we would like to understand how cells design and structure their extracellular matrix into a complex 3D supracellular microenvironment that both i) matches the physical constraints of the host surface and ii) fulfills mechanical and biological functions. To do so, we adopt a top-down approach inspired by material science, which consists in:

This strategy has been applied to bone-like tissues cultured in macro-pores of different shapes and revealed that the geometry of a surface strongly influences both tissue growth kinetics and extracellular matrix organization. Indeed, geometry sets the boundary conditions of the mechanical environment that cells probe via mechanosensing, and respond to by assembling an extracellular matrix network aligned with the mechanical tensions (See former research group of John Dunlop).

Today, our group mainly focuses on biofilms morphogenesis and the emergence of their intriguing wrinkling patterns at solid/air interface. Biofilms impair medical implants or clog industrial pipelines, as bacteria produce and assemble extracellular matrix to protect themselves in challenging environments. Understanding how these biological materials are built would help to design strategies to prevent their formation and favor their elimination. 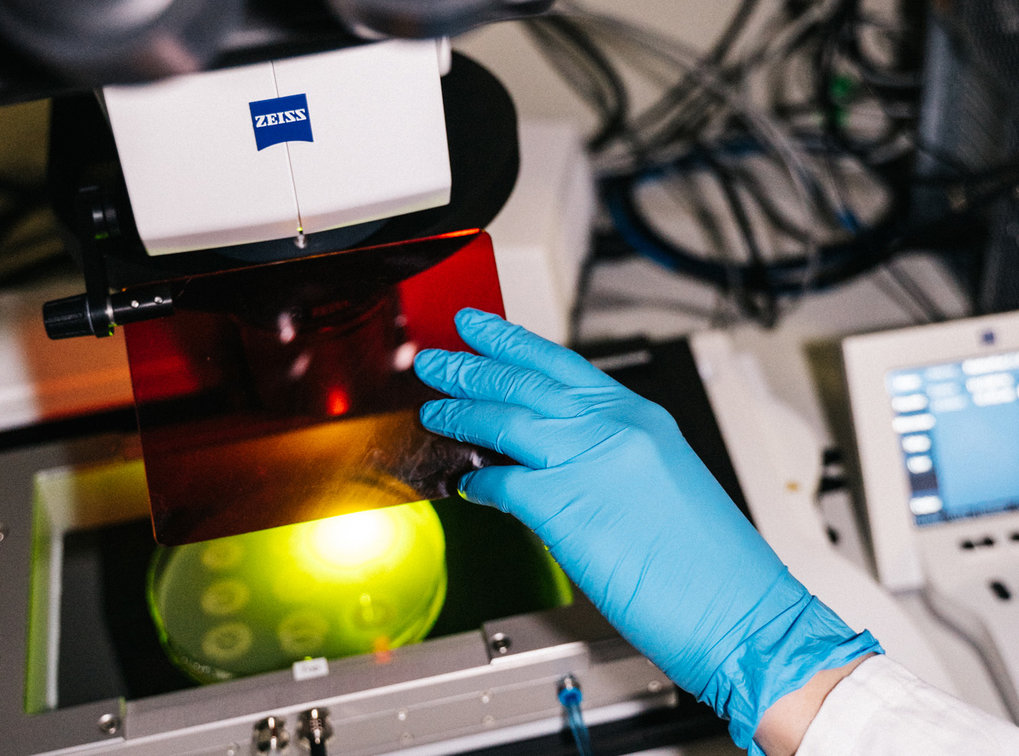 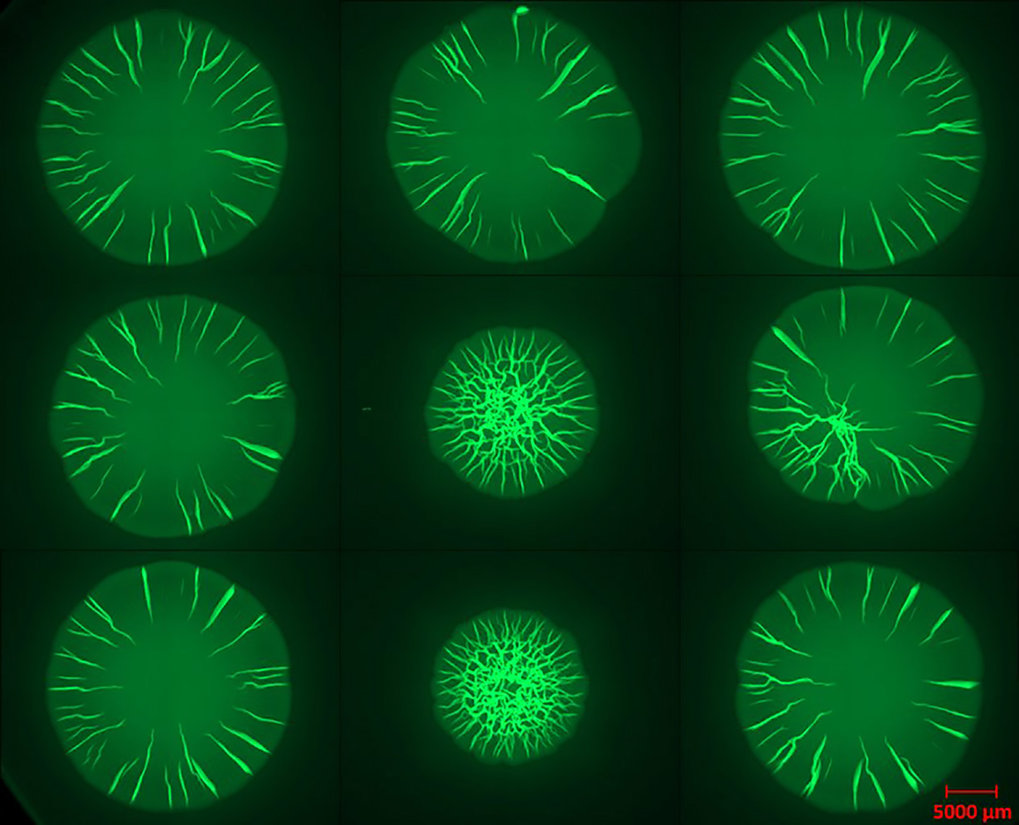 In our lab, we culture E.coli bacteria on nutritive gels and quantify biofilm growth, deformations and structural properties using microscopy and spectroscopy techniques. We also establish methods to measure active and passive mechanics in biofilms e.g. by traction force microscopy and (micro)rheology. With this, we study biofilms formed in various humidity conditions, geometrically constrained environments or in mineralizing conditions.