Natural materials may change their shape and structure throughout their lifetime. Examples range from the development of organs during embryogenesis, the healing of damaged tissues, to passive humidity driven plant motion. Such examples are driven either through the formation of new tissue in particular locations or via the heterogeneous deformation of already existing tissues. The resultant macroscopic shape change is then controlled by geometry - the geometry of the constraining environment and the geometry of how the deforming tissues are arranged inside the material itself. In this group we investigate this general theme with a focus on two main directions using both theoretical and experimental techniques: 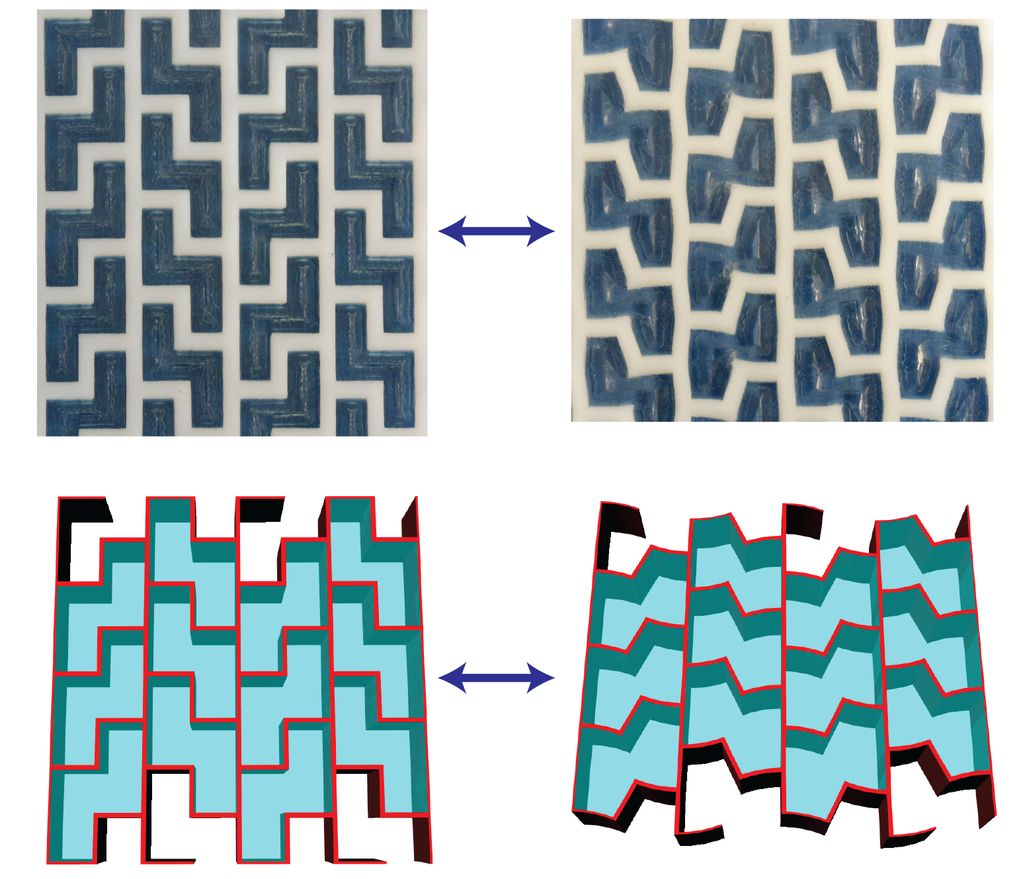 Our inspiration comes from plant systems (See also the group of Michaela Eder), which can show complex motion through the passive absorption of water, for example in the pine cone and wheat awns. These systems are particularly interesting in that the organs are both structure and motor in one, the motion being controlled by the geometric arrangement of constituent tissues with different swellabilities. Our main focus is here is to firstly develop mechanical models for simple biomimetic systems, and to apply these to natural plant systems. Furthermore, we are interested in exploring the design space of actuation driven by material architecture. We then aim to apply the design principles learnt to new biomimetic composites and create prototypes using advanced 3D printing technology. 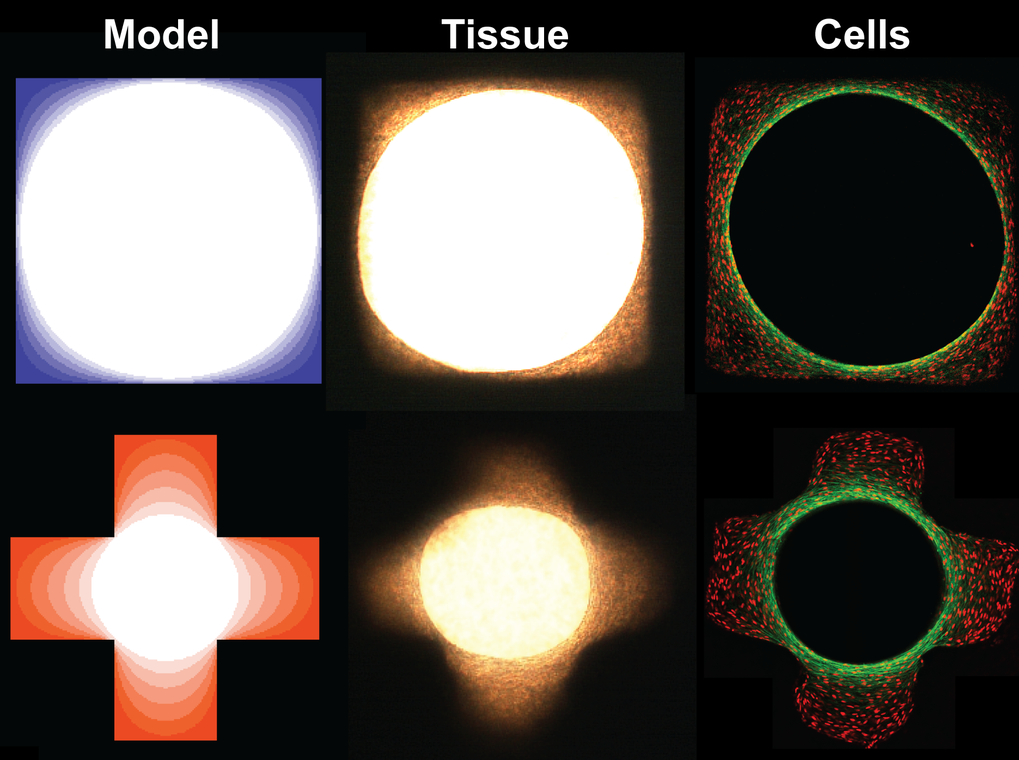 In addition to being controlled by biochemical factors, tissue growth is also effected by the physical properties of the local cell environment such as stiffness and shape. We are particularly interested in evidence that the local geometry, namely the surface curvature of the substrate, controls the rate of cell proliferation and resultant tissue growth. Our goal is to combine theoretical models for tissue growth with in-vitro cell-culture experiments in order to understand the observed dependence of growth behaviour on curvature. We then aim to use our models to better understand the role of geometry on processes such as bone healing and remodelling (See also the groups of Wolfgang Wagermaier and Richard Weinkamer).