Benjamin Schumann has been awarded with the Otto Hahn Medal from the Max Planck Society (MPG). He will receive the price in the ceremony during the 68th annual meeting of the MPG, which takes place from June 21st -22nd in Weimar, Erfurt and Jena. The society recognizes his outstanding doctoral thesis on the development of a general chemical-immunological approach for the identification of sugar antigens as vaccine candidates against bacteria. Schumann, who is Postdoc at Stanford University now, finished his PhD at the Max Planck Institute of Colloids and Interfaces in Potsdam. 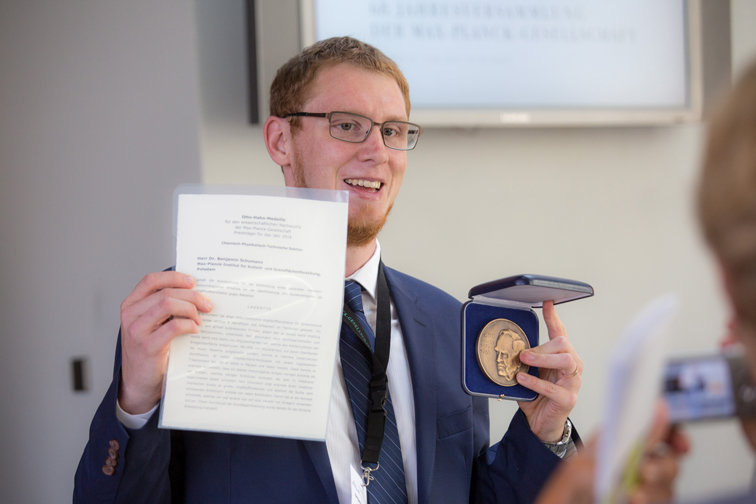 Cell surfaces are heavily equipped with carbohydrate structures that are of fundamental importance in human health and the development of disease, such as bacterial infections and tumorigenesis. The approaches used to study these biomolecules are limited. Schumanns aim is to use synthetic chemistry to generate tools for profiling and perturbing them. He seeks to understand the roles carbohydrates play in cell-cell interactions that are important for the development of better vaccines, cancer therapeutics and diagnostic tests.